Posted at 16:05h in Microsoft Dynamics 365 by Editorial Staff

What You Really Want Is A Solution Everyone Is Happy To Use – Anywhere, Anytime! 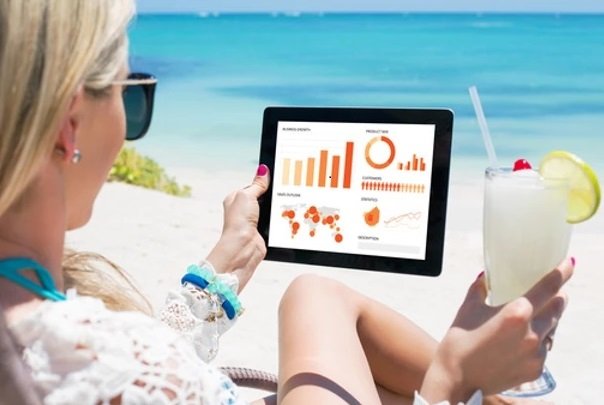 The success of any CRM project is often measured in terms of “does it meet the spec” – whatever that spec was in the first place.

How often does the success get measured by the impact it has on those using the system? If the users it is designed to help don’t like the system, they will find ways to avoid using it or double-up by still using old systems alongside the new.
CRM often has a large user base with different functionality for each group of users. They all need to be taken into consideration during the design and development of a system.
How do you ensure users adopt the system?
To ensure users will adopt the system, they must be involved. If not in the decision making process, once the system has been selected, they should be involved in the design stage. Design is often undertaken by IT departments and CRM consultants, which will ensure that the system meets the requirements, but as the designers are not typical end-users, little consideration may be given to “how” rather than “what” the system needs to do.

Here at CRM Dynamics Ltd , we encourage end-user involvement wherever possible. We will start by finding out what they like or dislike about existing systems, what improvements they really need in the new system in terms of usability and also reporting.

What will make their life easier?

Remember, at the end of the day, users are people! They will not necessarily all think in the same way or want the same things. We are not suggesting the system is designed differently for each person, but their thoughts and ideas should be considered to ensure the best compromise solution is found to encourage all users to adopt the system. The prototype approach gives users the opportunity to use the system and see how well it works for them, allowing the user interface to be fine-tuned before go-live.

Dynamics 365 is often a replacement for an old CRM system (for example Act! or GoldMine). Often the limitations of older systems means they are also “propped up” by a number of Excel spreadsheets to manage the areas the CRM system can’t.
Typically the design and implementation concentrates on what the customer says they want to do. The system is built using the various functionality available to ensure it “does the job”. It is then tested to ensure it is reliable and does everything correctly.
However, all too often, the users are not involved, so the system is accepted and released to the users without considering the impact on their daily working pattern. Does the new CRM enhance or inhibit their work? More time should be spent looking at the overall experience, not just if it does the job.

When using Dynamics 365 to replace an earlier system, too much focus is often placed on replacing the old system with like for like functionality with a new interface, and maybe a few new bits added in. Dynamics 365 offers so much more – and this is the ideal time to fully re-vamp existing systems and exploit Dynamics 365 to the full.

The overall interface is easier to navigate and flows more naturally – so much quicker to use. A quote from one of our customers after moving to Dynamics 365 from GoldMine, where the aim was not to simply reproduce GoldMine, but to enhance and improve the overall process.

There are three key areas from which most people interact with Dynamics 365.

For each of these areas, consideration must be given not just to ticking boxes to confirm requirements have been met, but reviewing each in terms of the people who will be using it and how best the data should be presented.
Are fields on a Form in a logical order to make data entry as simple as possible? Has workflow been used wherever possible to reduce the effort needed?
Dynamics 365 allows you to set up multiple Views, Forms and Dashboards throughout the system which enables different users to see the system in the way they need.
Finally, remember that any CRM system should be an evolving process. It is not set in concrete and should be developed and changed as the users discover new ways of working and have new ideas on how the system can help them.
To finish off with, we’ll leave you with some customer quotes that highlight this:
The system has undergone further customisation since the original implementation to make it more user-friendly and increase productivity.
We’re heading for our best quarter ever, in no small measure because of a wonderful, working CRM, and amazing support! Thank you
Share
Print page